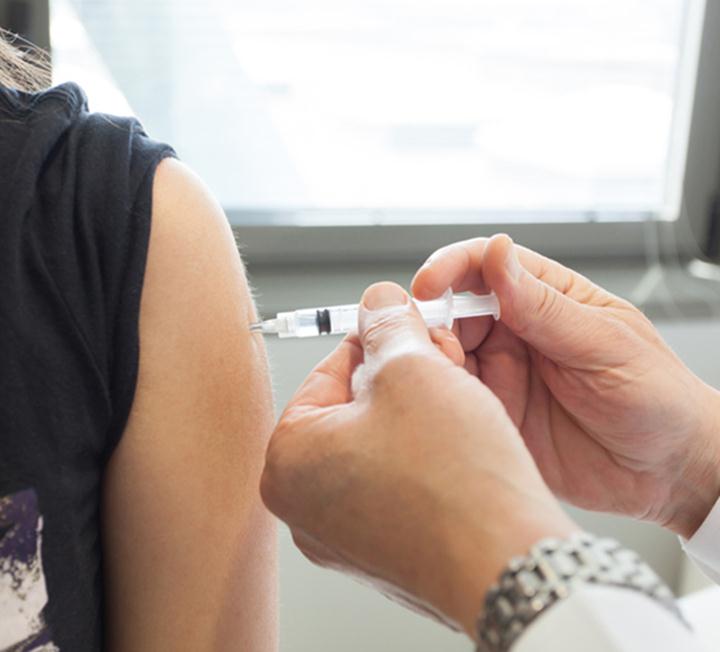 How does the meningitis vaccine work?

The meningitis vaccine is made up of parts of the meningococcal bacteria that cannot cause infection. When you receive the vaccine, your body creates antibodies to fight these harmless traces of the meningococcus bacteria. As a result, these antibodies will help protect you from developing an actual infection if you come into contact with someone who has meningitis.

Who needs the meningitis vaccine?

The meningococcal vaccine is mostly recommended for adolescents, since those aged 16 through 21 years old are at the highest risk for the disease. Because the vaccine is only effective for five years, all 11 to 12 year olds should be vaccinated with Menactra or Menveo, and then the booster should be given at age 16. Most importantly, if you are about to start college and have not had a meningitis vaccination in more than five years, it is highly recommended to receive the booster dose. In fact, it is required before attending many colleges.

Aside from young adults, there are other people who might be at risk for developing meningitis. You should consider receiving the meningococcal vaccine if you:

What are the risks of the meningitis vaccine?

Like any medicine, vaccines have the possibility to cause serious problems. However, the risk of the meningococcal vaccine resulting in serious harm or death is very small. The most common side effects for adolescents are brief fainting spells or jerking, seizure-like movements. Sometimes this can cause falls and injuries. If you or a loved one feels faint, sitting or lying down for about 15 minutes after the vaccination can help prevent this from happening.

One other mild side effect that is experienced by about half of the people who get the meningococcal vaccination is redness, pain, or swelling at the site of the shot. Additionally, a small percentage of people who receive the vaccine develop a slight fever. If these problems occur, they will probably last for about one to two days.

A serious allergic reaction, which can result in severe health issues or even death, after the shot is very rare but not impossible, so be aware of any side effects that are consistent with an allergic reaction. These include hives, swelling in face and throat, dizziness, weakness, and fast heartbeat. These kinds of symptoms would usually develop within a few minutes to an hour after receiving the shot.