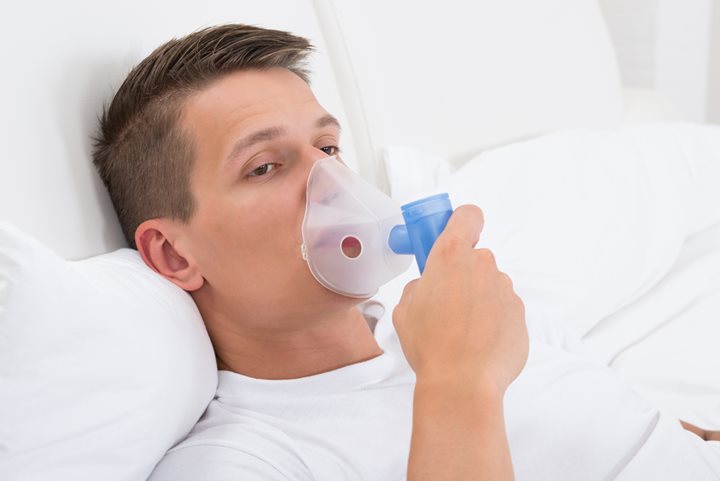 Cystic fibrosis (CF) is a genetic disorder inherited when both parents have a defective gene. Although this disease used to be a death sentence for children, recent treatments have allowed people decades of additional life. These days, every newborn in the United States is tested for CF. However, since symptoms don’t always show up in infancy, it is important for those born before the advent of this requisite testing to be aware of the respiratory and gastrointestinal symptoms associated with CF.

Symptoms not only differ from person to person, but the same person may also experience symptoms more or less strongly as episodes of the disease wax and wane. One of the most obvious signs is exceptionally salty skin. In fact, it is so common that diagnosis is sometimes based off a specially performed sweat test that checks the levels of salt in the sweat. Parents often notice the excessively salt taste when giving children kisses. Adults or adolescents may notice it on their own. Because of the excessive loss of salt, those with CF are more likely to get dehydrated, feel weak, or face heart palpitations, low blood pressure, and heat stroke. However, the respiratory and gastrointestinal systems (especially the pancreas) are the most affected by cystic fibrosis.

The bronchi, tubes that carry air to and from the lungs, can become clogged, causing a constant cough that brings up mucus or frequent wheezing.The nasal passages may be persistently stopped up or inflamed; some people even develop small growths, called polyps, in the nose. Exercise may be more difficult than it should be, a condition called “exercise intolerance.” The clogged mucus also traps bacteria, thus sinus infections, pneumonia, and bronchitis) can become frequent. Avoiding contagious respiratory illnesses is extremely important for those with CF.

The pancreas sends a digestive juice to the small intestine to help absorb nutrients from digesting food. The too-thick mucus may block these tubes as well. Because these enzymes from the pancreas don’t reach their destination, the nutrients from food aren’t fully received. This can be especially dangerous in children who don’t grow or gain weight the way they should. Those that develop CF later in life may notice weight loss, instead. This can also result in low bone density; the bones aren’t as dense as they should be, making them easier to break and leading to osteoporosis or osteopenia.

The fingers and toes may “club,” or become wider at the tips.Bowel movements may become especially large, oily, or foul-smelling. Constipation, excessive gas, stomach pain may occur. Intestinal blockages can be extremely dangerous, especially in infants.

Other Symptoms and Complications

Both genders may face infertility. Males with CF are often born without the vas deferens, a tube that sends semen to the testicles. Women may have a difficult time achieving pregnancy because of excessive mucus in the cervix. More serious complications may arise in later life. Liver disease or gallstones may develop if the bile duct becomes clogged with mucus.  Additionally, anyone with cystic fibrosis is more likely to develop a type of diabetes particular to CF as well as pancreatitis.