What You Should Know About Hemorrhoids 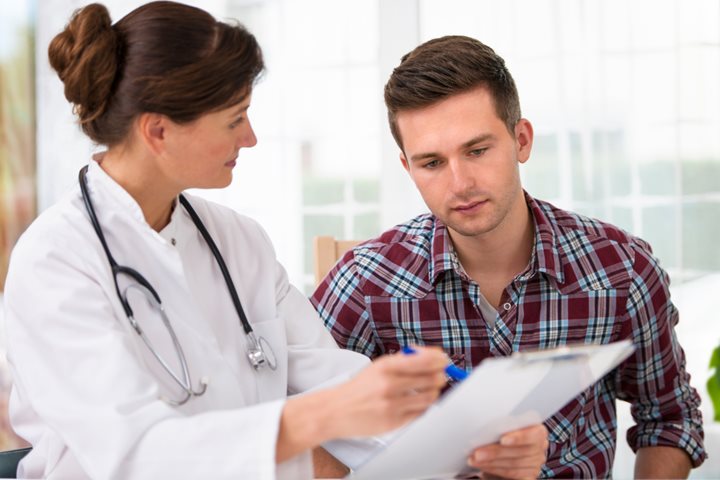 Essentially, hemorrhoids occur when the blood vessels in the anus get strained and swollen. They usually cause an itchy discomfort that’s present during pretty much every activity daily life requires—including sitting, standing, walking, and sometimes even laying down. Although it can feel like forever before they go away (and some are extremely stubborn), most cases can be dealt with fairly easily. They’re also quite common, so if you think you have hemorrhoids, don’t worry because you aren’t alone.

Extreme pressure on the veins in the anus can cause hemorrhoids to become inflamed and swollen. Any sort of straining during a bowel movement can cause this anal stress, as can spending a lot of time on the toilet. A low fiber diet may result in hemorrhoids, since a high fiber diet makes going to the bathroom easier. While constipation is often associated with this excessive strain, chronic diarrhea can also be problematic. Pregnancy puts extended stress on the muscles and veins in the area, and giving birth is a very common cause because of the extreme and lengthy pushing.

Hemorrhoids can occur both internally and externally. Internal hemorrhoids are usually pretty unobtrusive. They actually form inside the rectum, and often the only sign that they’ve developed is occasional bright red blood on the toilet paper after a strenuous bowel movement. You may notice a little bit of itching or discomfort, but you won’t be able to see them. It is, however, possible for continued strain to actually push the hemorrhoid to the outside, at which point it becomes a prolapsed hemorrhoid, and those can be quite uncomfortable.

Over-the-counter hemorrhoid cream is made of petroleum jelly, mineral oil, and phenylephrine (which is used because it makes blood vessels shrink). This cream often provides sufficient relief for mild hemorrhoids when combined with a few lifestyle changes to decrease inflammation.

For more severe cases, your doctor may prescribe a more serious treatment. There are surgical procedures available, as well as less invasive options, such as sclerotherapy, in which the doctor injects a chemical into the hemorrhoid that makes it shrink. Although it can be embarrassing to have to see a physician for such a private problem, unchecked hemorrhoids can not only become worse but may also become “strangulated.” Strangulated hemorrhoids occur when blood supply to the hemorrhoid is cut off. They become extremely painful and can even cause gangrene from dead tissue.