What You Need To Know About Thyroid Cancer 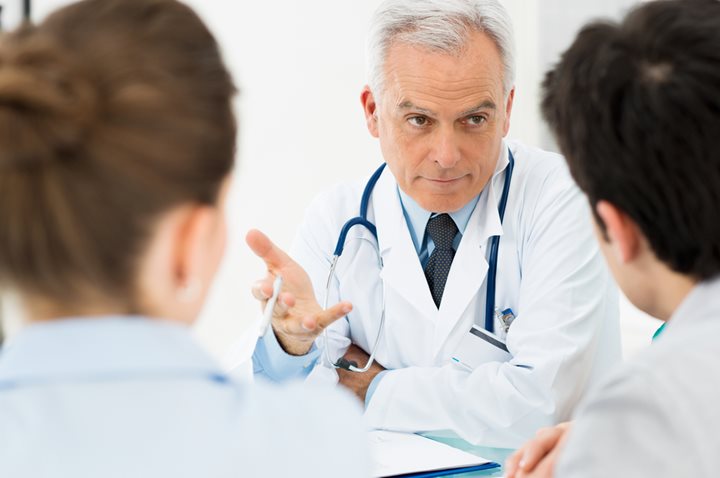 The thyroid is a butterfly-shaped gland in the throat. It makes hormones out of iodine and knows how much to release because of the pituitary gland. Once released, the hormones are then sent throughout the body to control your metabolism.

Your metabolism is more than just how fast your burn calories—it’s how fast your whole body works, from the brain to the heart, to the liver.  When thyroid cells become abnormal, they no longer have the ability to die off, like normally functioning ones do. They accumulate until nodules (small, mostly tissue-filled lumps) form on the gland. While they are generally benign (non-cancerous), this build up of abnormal cell growth can cause thyroid cancer.

Three-quarters of the population will wind up with a nodule forming on the thyroid, and the chances of developing one increase with age. However, these turn out to be malignant less than 1% of the time. Thyroid cancer may not cause any issues for many years, but once it becomes noticeable, it is often diagnosed quickly, which increases the chances of successful treatment. Signs include a sore throat, hoarse voice, and swollen lymph nodes. You may notice that your neck is swollen, you may have trouble swallowing or breathing, and you cough frequently for no reason.

If your doctor suspects thyroid cancer after a physical exam, they may run blood tests to see if the thyroid gland is functioning like it should. If levels come back abnormal, a biopsy will be performed. For this, an extremely thin needle is inserted through the skin and into the nodule with the help of an ultrasound. Through the needle, a small sample of tissue is removed, which is then examined in a laboratory for abnormal cells. Your doctor may perform a computerized tomography (CT) scan, ultrasound, or positron emission tomography to see if the cancerous cells have spread elsewhere in the body.

Treatment is largely dependent on the type, but in most cases the thyroid is completely removed. If the cancer isn’t very large, only a part may be removed. In some situations where the cancer has spread, the lymph nodes may have to come out as well. The normal risks of surgery (bleeding and infection) are always present, but it’s possible for other damage to occur as well, particularly to the vocal cords. If the thyroid is removed completely, your doctor will prescribe a hormone replacement, which you may be on for the rest of your life.

Other options include radiation, chemotherapy, or radioactive iodine therapy. If the cancer is very small, in a difficult to reach location, reoccuring, and doesn’t spread beyond the neck, alcohol ablation may be an alternative. Small amounts of alcohol are injected into the cancerous portions. If the cancer is very advanced, targeted drug therapy, in which medications such as cabozantinib are taken; these drugs target the cancerous cells and interfere with their ability to grow.