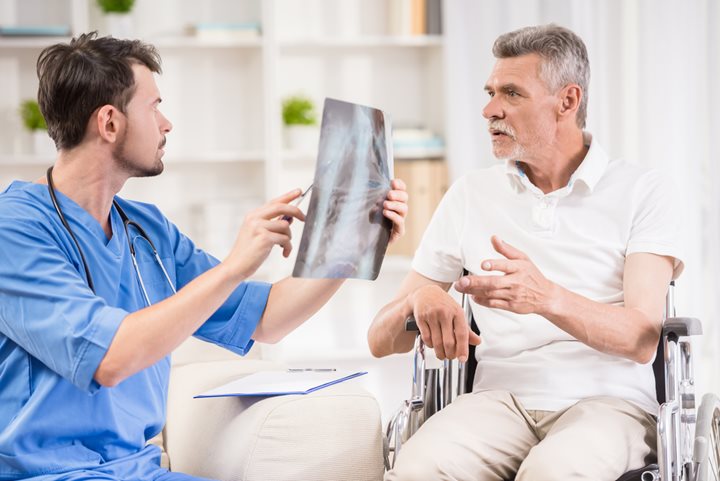 Lymphoma is a classification of cancer. Cancerous tumors are classified according to the type of cell the tumor originated from. Lymphoma develops from cells that originate in the bone marrow and mature into the various components of the lymphatic system. The lymphatic system part of the larger circulatory system in the body and plays a large role in the immune system. Lymphomas can be diagnosed through the biopsy of a lymph node and subsequent examination of the cells using a microscope to determine the development of the tumor.

Various other tests may be necessary to examine the specific features of the lymphoma to confirm a more precise diagnosis. Lymphomas are a particularly concerning form of cancer because of its relationship to the lymphatic system. Lymph nodes are found in all parts of the body and are connected by a series of vessels to make up the lymphatic system. Cancers can then use the lymphatic system to spread throughout the body, complicating treatment. This spread of the cancer to other areas of the body is called metastasis.

Lymphomas were classified into two major groups for many years. While the World Health Organization has moved beyond these designations, it is still used by the National Cancer Institute of the United States. These two classifications are:

This type of lymphoma is characterized by a specific cell in the blood stream of individuals. Hodgkin lymphomas are typically present in only one lymph node. Additionally, this type of lymphoma spreads in a more uniform and organized fashion. Specific examples include: