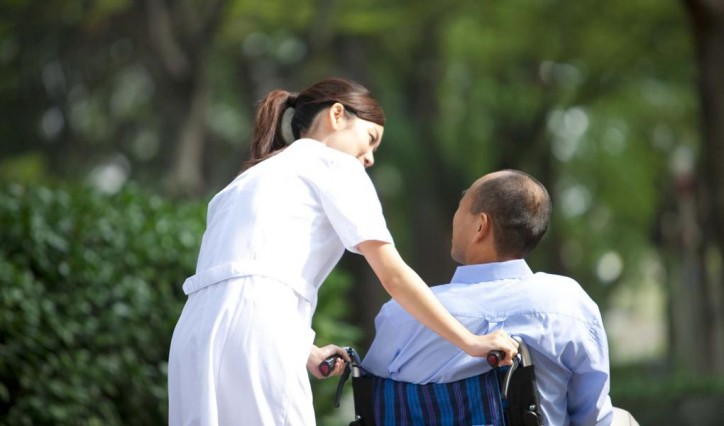 Chronic myelogenous leukemia (CML) is a cancer of the defensive white blood cells in the body. It is also known as chronic granulocytic leukemia and is caused by the increased and unchecked growth of primarily myeloid cells in the bone marrow and the accumulation of these cells in the blood.

This type of leukemia progresses more slowly than the acute types of leukemia. The disease mostly affects adults, although young people are also affected but in rare cases.

This type of leukemia is caused by two chromosomes swapping section with each other. In patients suffering from chronic myelogenous leukemia, the 9th and the 22nd chromosomes exchange parts of chromosome materials to form a Philadelphia chromosome.

These are factors that increase one’s risk of getting chronic myelogenous leukemia. They include:

Radiation is one of the main factors that contributes to increasing risks of getting cancer. Even at low doses, radiation still poses a danger as a predisposing factor to chronic myelogenous leukemia. Radiotherapy taken earlier for cancer treatment may also expose one to a higher risk of developing CML but the advantage in cancer treatment outweighs the disadvantage.

Men who use pesticide at work are 40% more likely to suffer from CML compared to normal healthy men.

2. Accelerated phase – In this phase, there is an increase in the number of faulty blood cells with symptoms like fever, night sweats, breathing difficulties and bruising being experienced.

3. Blastic phase – This is the riskiest and advanced CML phase and severe symptoms like swollen glands, bone pain and bleeding are experienced.

Symptoms of CML and when to see a doctor

Chronic myelogenous leukemia symptoms depend on the stage of the disease and they include:

If any of the above symptoms is noticed, then one should get an appointment with a qualified physician so as to get diagnosed. If CML is diagnosed early, chances of surviving treatment are high and hence one may live a longer, healthy life afterward.

Once the symptoms have been confirmed, the doctor may carry out different tests to confirm whether the symptoms are of CML or other diseases. These tests include:

Treatment of CML aims at killing the sick blood cells and restoration of healthy ones at normal levels. It’s, unfortunately, possible to get rid of all sick cells at once. The best treatment remedy is to start treatment early before the CML spreads, that is, during the chronic phase.

Doctors give drugs known as tyrosine kinase inhibitors (TKI) which slow down the production of leukemia cells. Commonly used TKI’s include;

Synribo (omacetaxine mepesuccinate) is used for people whose disease worsen even after using two or more TKIs. Other treatments include chemotherapy and biologic therapy, which helps in the stimulation of the body’s immune system with interferon. Another treatment method is the use of stem cells. This procedure is only carried out when the other treatment procedures have failed. It is a complicated and risky procedure, where the patient needs donors whose stems cells closely match their own.

This involves taking care after being diagnosed with CML. The first step is ensuring that the doctor is aware of any medicine being taken by the patient and they are approved. Some medicine may interfere with CML treatment. Other self-care practices include eating healthy, exercising and other positive life activities that help the body. One should also seek counseling if they are having trouble coping with their new condition.

In brief, chronic myelogenous leukemia is a serious disease and anyone with its symptoms should seek treatment as soon as the symptoms show. Understanding CML better and its causes and the risk factors involved may help one avoid getting sick, although the main cause may be hard to avoid. For the best results, patients should always follow the doctor’s advice.